With My Shirt Inside Out...

So I head out this morning for an Espresso and a stair climb. It's a lovely, late summer day, and the streets are quite crowded. After making my Coffee Stop, while waiting to cross a street, a woman whispers into my ear from behind, "Um; I thought you might like to know the your T Shirt is inside out. I know I would want to be told a thing like that."

Tag out, I considered running for a cluster of bushes, where I could take my shirt off, turn it right side out, and slip it back on without being visible. I did not do, however, and walked boldly on, mentally counting the number of people I had probably passed since leaving my house, who had to have noticed, smirked, and silently judged me as a nit wit; someone who ought to be called out for her egregious error...I had to stop in at the Drugstore, where the guy behind the counter worked hard to avoid making eye contact with me, while I saw him bite his lip to keep from laughing.

As I left the Drugstore and made my way home, I began reflecting on what a metaphor this whole "inside out" thing is for the way God sees us. I happen to believe that because of what Jesus did at the cross - taking all of our errors, mishaps, screwups, and "inside outedness" - onto Himself - that when Father God looks at us, He doesn't see our errors, but sees us as completely "right side out" as it were, through the Perfection of His Son! I'm never gonna' get a scolding, or receive a punishment from God, for messing up. All my messes and messing up, have been dealt with already. Our Father sees us as flawless. As I cruised around this morning with my shirt on inside out, I am certain that He saw me as wearing it right side out, and looking fab; and not a single thing to smirk at.

I know it seems that in every situation, even one as unimportant as this silly shirt thing, I find God at the center. Well, I suppose I do, but I'm okay with that. I happen to believe He is at the center of everything, everywhere, every minute anyway. Acknowledging that might be one more reason people find to smirk at a me, or lean up from behind, to whisper in my ear letting  me know that I have it very wrong. But on this one, friends, I'm gonna' walk boldly on, tag out, for all the passers by to see... 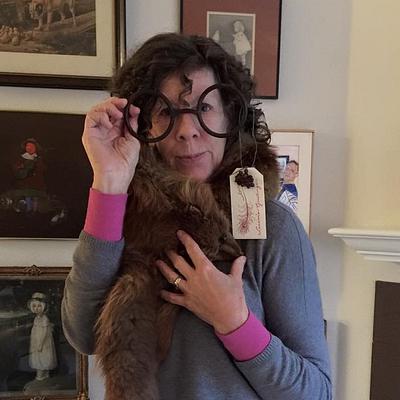 With My Shirt Inside Out...